Murder at the Summit Club: A Murder Mystery Event 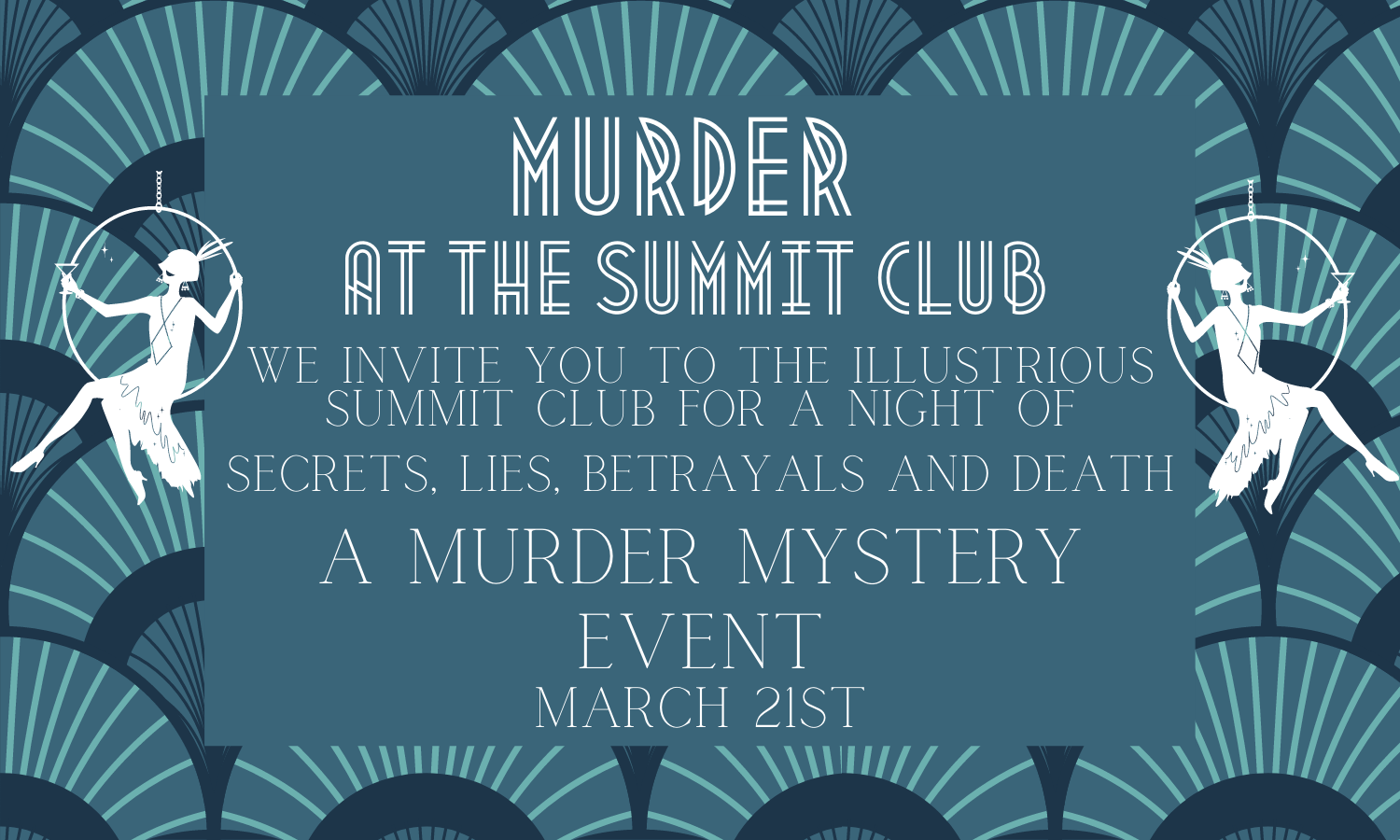 The Summit at Burntshirt Vineyards Hendersonville

You are cordially invited to The Summit Club, the hottest Speakeasy in town. The biggest attraction of the night? Secrets, lies, betrayal, and death. Can you solve this mystery? Untangle

You are cordially invited to The Summit Club, the hottest Speakeasy in town. The biggest attraction of the night? Secrets, lies, betrayal, and death. Can you solve this mystery? Untangle this web of intrigue and secrecy?

On March 20th, 1921 Oliver Dolos, up and coming hotel tycoon, found murdered in the alley outside of The Summit Club, a speakeasy moonlighting as an event center. The murder weapon and cause of death are unclear. The owner of the club, Amos Cappona was found with the body, but maintains he did not commit the murder. Oliver’s wife, Veronica was also at the scene of the crime but eyewitness reports claim the two did not show up to the club together and that Mr. Dolos was often seen at the club with another woman. There are a total of six prime suspects each with their own motives and accounts of what happened the night Oliver was killed. Can you piece together whose lying? Can you find the murder weapon? Can you solve this mystery?

Love true crime? Love mysteries? Come test your detective abilities at this murder mystery event. This is a murder mystery party modified for Covid safety. This self-guided game is set in the 1920s and we encourage everyone to dress up and bring their best detective skills. Ticket includes a free glass of Merlot.

Tickets are not available for sale any more for this event!