Music on the Patio: Jason Lyles 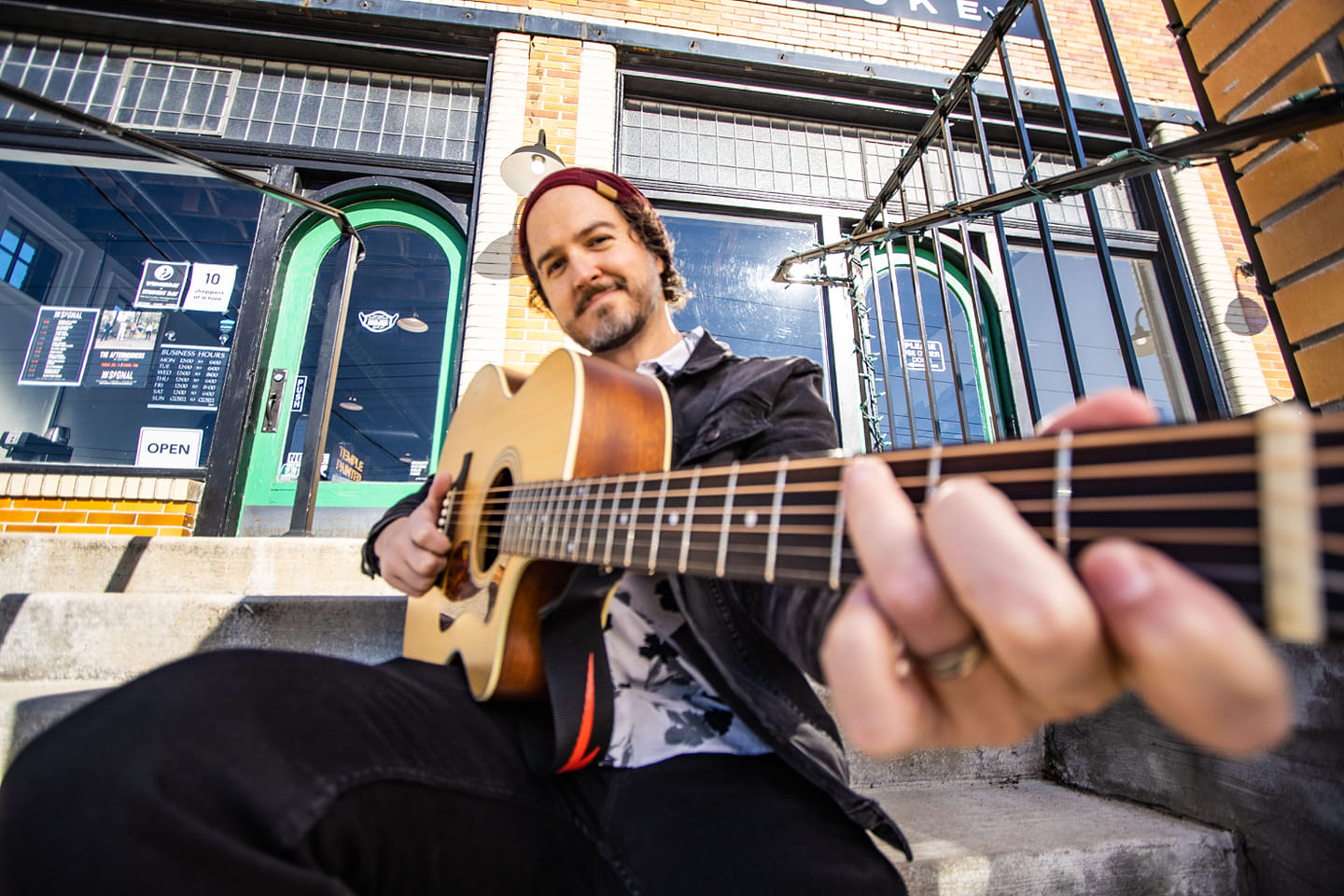 What do you get with Jason's music? Unflinching, unapologetic positivity. Not to mention a good time. Jason Lyles has always been

What do you get with Jason’s music? Unflinching, unapologetic positivity. Not to mention a good time.
Jason Lyles has always been interested in what lies between genres – in that gray area where sounds tangle together and kick free of any sense of restriction or confinement. Whether it’s the sharp twang of an acoustic guitar blended with the emphatic thrust of some euphoric power-pop echo, or the tumbling movements of mid-90’s alternative rock spliced with 80’s jangle-pop, he has a unique ability to graft musical histories together in a way that doesn’t feel forced or disconnected. And he brought this gift to various bands in and around Chattanooga, Tennessee, developing a preternatural knack for how to operate within the band format while also working on material which grew from his own experiences and struggles.
Rather than allowing his musical roots to become inextricably intertwined in the geography of his personal history, Jason Lyles grants his creativities a welcome freedom to roam and explore the fringe of some well-worn genres, discovering new ways to impart humor and ache through song. His words – created through the lens of specific moments in time – convey universal sentiment without wallowing in overt sentimentality. Resting comfortably somewhere between the wiry pop classicism of The Cars and the twangy rock thump of Jason Isbell, the music of Jason Lyles rambles around its influences, creating a luminous bridge between the tumbling aesthetics of pop, folk, and rock.