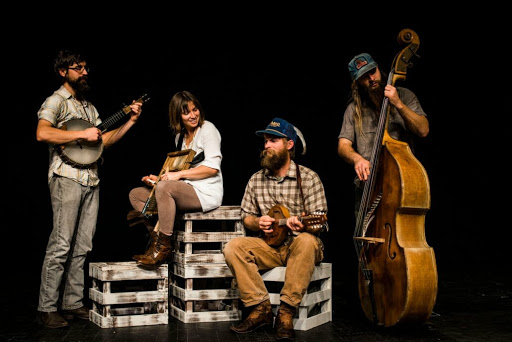 The band formed in 2013 through their common interests and grounding in local musical traditions of the western North Carolina mountains. As young lovers of old-time music, Pretty Little Goat started performing at area string band competitions, winning ribbons and fans.

Owen Grooms plays on the banjo and Josh Carter on mandolin. The duo brings a distinct line-up to the world of string band music that has earned them accolades and friends and led to numerous musical collaborations. They has worked with many well-respected regional musicians, including Jamie Laval, Blake Ellege, the Steep Canyon Rangers, Jeff Sipe, Jonathan Grey, and more.

The members of the band are also dedicated mentors to the next generation of musicians. They have been deeply involved in their local Junior Appalachian Musicians (JAM) program, taught in music camps and schools, given private lessons, and continually look for new and exciting ways to inspire young people.

“We see traditional music as a living art form, vibrant and evolving,” the band states. Their debut self-titled album released in 2016 presents a combination of traditional and original material. The band continues to write new music, rooted in tradition.