You are here: Home1 / hendersonville nc

Join us Tuesday, February 14 at the Vintner’s Table restaurant for a special Valentine’s Day performance from Asheville musician Jacob Bruner! Jacob is a talented multi-instrumentalist who has become a mainstay of the downtown music scene. Come on out to Burntshirt Vineyards Tasting Room and Winery and hear Jacob play at the Vintner’s Table while you enjoy a special Valentine’s Day menu! Bring your partner out to Burntshirt Vineyards for a romantic evening of outstanding music, great wine, and fantastic food! We look forward to having you here! 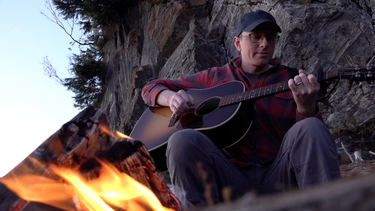 Music at the Vineyard – David Reynolds

Join us on Saturday, February 18 from 2-5 PM at Burntshirt Vineyards Tasting Room and Winery for live music at the vineyard with David Reynolds! David spent his early years of writing music living in Alaska, where he worked as a fisherman and carpenter. Often working long stretches in remote areas, he embraced the isolation and untamed wilderness as inspiration for songcraft. Outfitted with a notebook, acoustic guitar, and a powerful singing voice, he writes of wanderlust, adventure, human connection, and wonderment of the natural world.

Reynolds self-released his first collection of these songs, titled Partial to Blue. The simple acoustic-and-vocal recordings captured the songs in a raw form, almost as if hearing them around the campfire. He went on to record several more albums, notably the EP Evergreen, with the track In Full Uniform quickly receiving acclaim. David currently resides in Asheville, North Carolina and has several projects in production, including an upcoming full-length album. Come out to Burtshirt Vineyards in Hendersonville on Saturday from 2-5 PM and see David perform live! It’s sure to be an afternoon of great wine, fantastic food and amazing music. We simply cannot wait to see you here!

Music at the Vineyard – The Daltons

Come on out to Burntshirt Vineyards Tasting Room and Winery on Saturday, December 30 for live music at the vineyard with The Daltons! Billy Dalton grew up listening to and playing bluegrass music in the late ’70s and early ’80s. At that time, he could be found playing guitar with area Bluegrass bands. He was bitten by the songwriting bug after attending a concert by legendary Folk artist Nanci Griffith. Billy now performs with his wife and co-writer Lynn Dalton. Their music draws from the acoustic sounds of guitar, mandolin, harmonica and acoustic percussion. It is often described as Folk and Americana colliding with style. Join us at Burntshirt Vineyards Hendersonville on Saturday from 2-5 PM for an afternoon of music, food and wine with The Daltons! We can’t wait to see you here!

Join us Tuesday, 10/25 from 6:00 to 7:30 PM for Board Game Night at Burntshirt Vineyards Tasting Room and Winery! Come on out and play your favorite board games while sipping your choice of one of our fabulous wines! We look forward to seeing you here!

Board Game Night at the Burntshirt Summit Event Center!

Music on the Patio – Clay Johnson

Join us for music, wine, and food Friday, 9/23 from 5-8 PM as we welcome Clay Johnson to Burntshirt Chimney Rock!

Clay Johnson is the lead singer & songwriter of a multi-piece band, Clay Johnson & the Hard Promises out of Spartanburg, SC.

Clay is driven, and if you’ve been to Spartanburg in the past, most likely you have heard him play. Another fantastic performer who can control a room/space and gives it his complete attention. Soul, rock, Americana, and anything that moves.